UPDATE: And the winner is… Toni Leach! Thanks for booking with ENTERTAINER Getaways. We’re topping up your wallet with $1,000 cash for the #BestLongWeekendEver. Look out for our email for details on how to claim your prize. Congrats!

Alert, alert! The Labour Day (1st of May) and Buddha’s Birthday (22nd May) long weekends are coming up. They both fall on a Tuesday this year, so you know what that means. *grin* You may as well take the Monday off for a delicious 5-day getaway, not too far away. May I suggest Siem Reap?

If you love history, culture and majestic monuments that bear testament to an empire’s immense power and wealth, you’ll love Siem Reap. This city was the seat of the Khmer kingdom from the 9th – 15th centuries and is the gateway to the ruins of Angkor. The Angkor Archaeological Park was named a UNESCO World Heritage site in 1992. There are around 50 Buddhist and Hindu temples within the vast Angkor complex alone.

You’ll need an Angkor Pass to visit these magnificent sites. It costs USD37 for a 1-day pass, USD62 for a 3-day pass, and USD72 for a 7-day pass. Do note that these temples are not only archaeological grounds; they’re also religious sites. Therefore, make sure you’re respectfully dressed. Cover your shoulders and chest. Long pants and long skirts are OK. For men, long shorts are acceptable.

Ready to get away?

Hello! This is the granddaddy of ’em all! Measuring 162.6 hectares, Angkor Wat is the world’s largest religious monument. You simply shouldn’t leave Siem Reap without visiting Angkor Wat. My jaw dropped the very moment I stepped out of our rented SUV and laid eyes on this wonder. With magnificent towers, ancient urban plans and large water reservoirs, it’s a mind boggling accomplishment of the 12th century. Angkor Wat is popular for its stunning sunrises and sunsets. Don’t miss taking that iconic “reflection selfie” in front of the gigantic moat.

Two words. Tomb Raider. This temple complex was featured in the movie starring Angelina Jolie. It’s shrouded in mystery, like a forgotten city swallowed by dense, tropical jungle. Fig, banyan and kapok trees spread their enormous roots over stones, pushing walls and bricks apart, as their branches and leaves intertwine to form a canopy over the structures. Ethereal. Kinda creepy. Pure magic.

I’m 99% certain you’ve seen these massive stone faces on Instagram before… They’re Bayon’s most outstanding feature. There are around 200 of these faces, dubbed the ‘Mona Lisa of South East Asia’ because of their serene smile. They come in sets of four, each one pointing to a cardinal direction. Can you imagine the kind of effort it took to first take large slabs of stone from a faraway quarry, then carve them into identical heads? Don’t leave Bayon without a nose-to-nose Insta with these monuments.

This mountain temple was built on a man-made island at the centre of the now dry East Baray reservoir. The sculpture here’s extraordinary, including giant lions and two-meter-tall free-standing elephants made from single blocks of stone. Make sure to make your way up to the upper level, where you can then look out and imagine the vast expanses of water that formerly surrounded the temple. Four landing stages at the base remind us, to this day, that the temple was once reached only by boat.

Also known as the “Pink Temple” and the “Citadel of the Women,” this complex is renowned for having been built with pink sandstone. It’s remarkably preserved. Intricate 3D carvings of scenes from the Ramayana decorate its walls like tapestry. This exquisite architectural gem lies deep in the jungle and was only rediscovered in 1914. Its mystique is the stuff of fairy tales, no wonder it’s almost on every must-see list.

Pssst! Exclusive to ENTERTAINER members – save up to 60% on your hotel stay. Book on Getaways from now ’til 10th May and a lucky winner will have her or his wallet topped up with HKD1,000 spending money for the Best Long Weekend Ever.

Winner will be announced on our Facebook on 15th May and will also be notified by email. 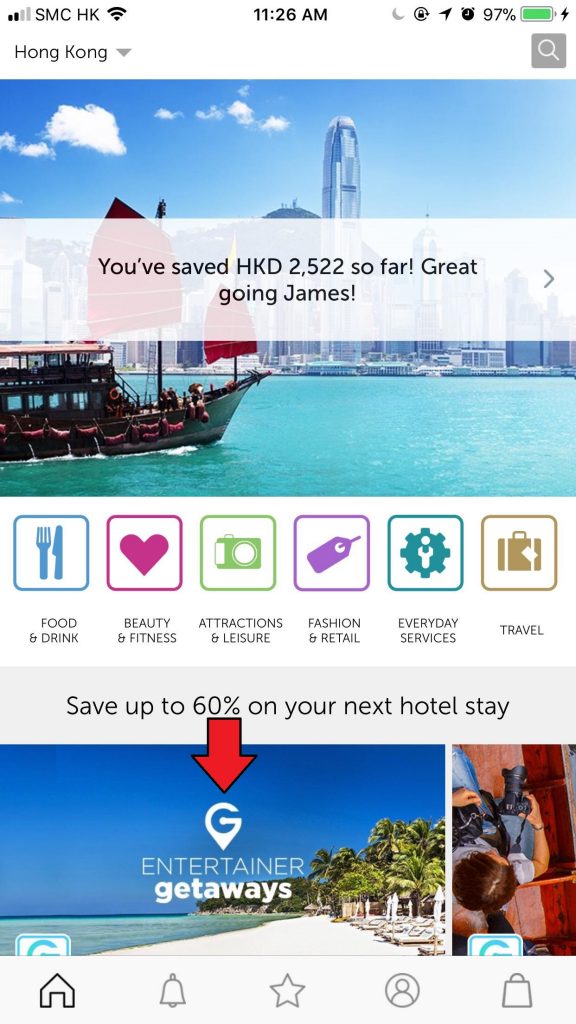